Augmented Reality: How It Is Shaping Up The Modern-Day Technology Offerings? 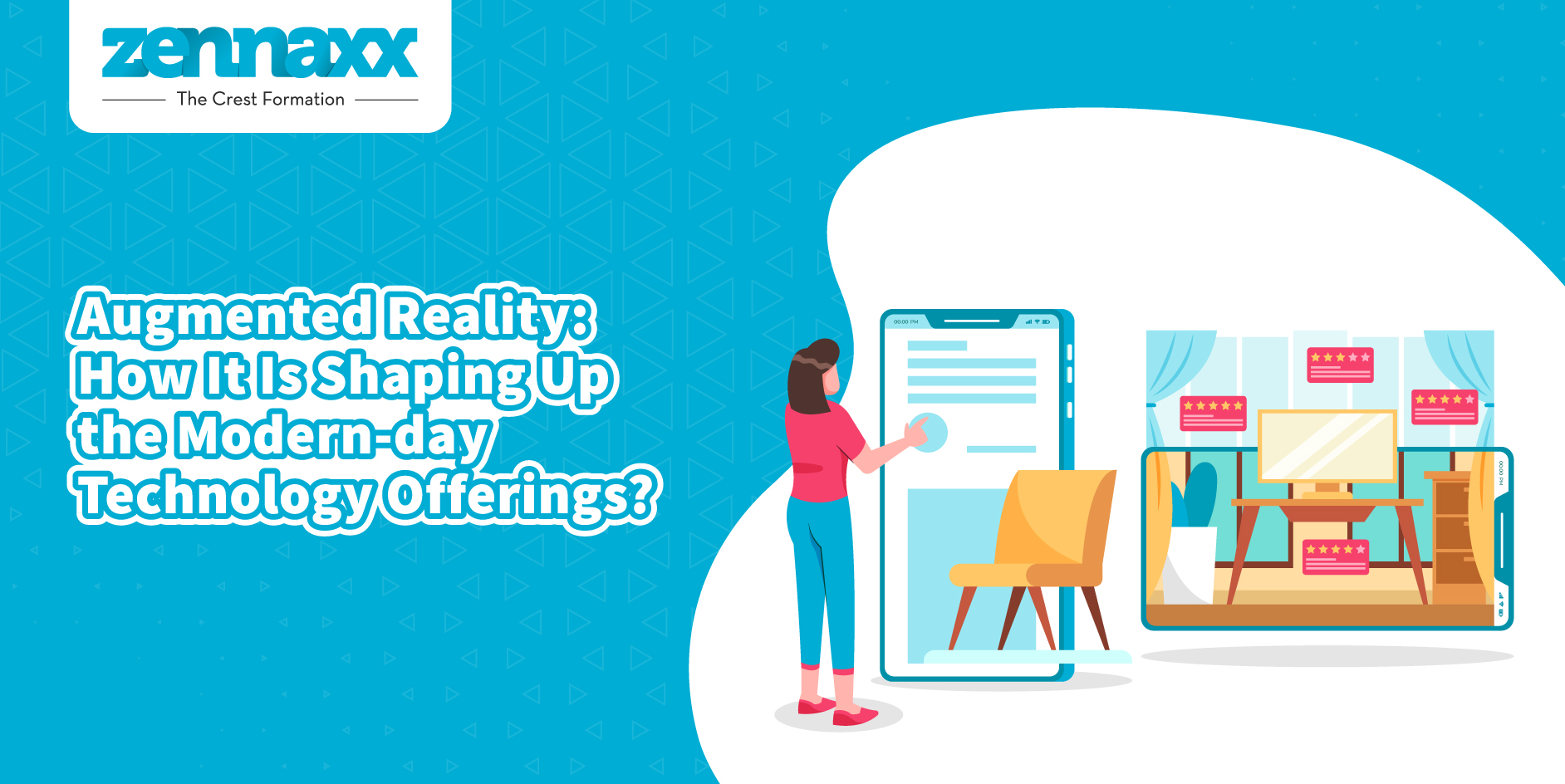 The technology use is common in clicking pictures, reading texts, driving visual communication and even streaming video. The innovation we are using is entirely beyond the vision of great innovators who came with the ideas of telephone and electricity bulbs. Part of this is possible as businesses look to hire augmented reality app development services and design apps that enable leveraging AR technology.

In the world of the senses, we have tangible sensations — temperature, pressure, movement, etc. Can you imagine a device capable of blurring the distinctions between the digital and physical world? Such technologies will lift the standard of utility, competitiveness, and inventiveness in every industry.

How has the recent popularization of Augmented Reality come about? AR is not a new invention. Boeing has been using virtual reality in their factories to create circuits for airplanes by hiring augmented reality app development services for managing technology better. People in developing countries did not have access to advanced computer technology when AR was first introduced, so AR was at the business level for most.

Nevertheless, in the last few years, AR has entered the consumer market as data networking possibilities. Cloud computing has also helped in the fast uptake of things like AR and virtual reality.

The working of AR technology for businesses

Augmented reality is a mix of computer vision, geo-based positioning, and 3D spatial awareness technology. With these digital media overlays, it is possible to overlay physical artifacts. This solution collects real-time imagery, makes it, and positions it on the servers where the apps are hosted for distributing it to the end-users.

It uses the user's device's camera to gather the latest real-time physical environment data. Cognitive computing that is facilitated by artificial intelligence and machine learning technologies that drives digital growth.

The different aspects of spatiality, such as geo-location and depth, are measured at the same time when the businesses hire dedicated app developers. This must be achieved using digital image technology if the digital image is to be extended to real-life scenarios to look the way it was intended.

The first use of augmented reality was discovered in the early 20th century. Howard Grubb invented the collimating light source, which was the precursor to modern-day gunsights. Once the businesses hire dedicated app developers, it can enable users to focus on the goal more effectively by removing everything in the visual field that distracts them. On the other hand, this is how modern-day AR devices operate in essence.

A HUD is a screen into which an AR application is poured like ink. HUDs have the advantage of not requiring the consumer to shift their attention away from the areas on which they are already concentrating. HUD blends into the physical background as the businesses hire app developers to let the user drive details without relying on the show.

Many luxury car manufacturers like BMW, Audi, and Volvo feature Heads-Up Displays in their dashboards. These HUDs provide various contextual details like the location, reading speed, directions, and speed information.

These are perhaps the most desired virtual reality systems of them all. Graphics, film, and holographic systems merge three-dimensional visual reality with the physical world to create the illusion of movement and contact in two- Unlike LCDs, plasma screens do not need a flat display surface to display their images.

Concepts of smart glasses were presented to the general public in 2012. CEO Colin Baden has been projecting details onto these lenses since 1997. In the later years, Google also launched the most up-to-the-date type of smart glasses. Retinal projections are used to project optical or digital information onto the lens. This system may well be the most sophisticated version of augmented reality.

Out of all the different types of AR devices, handheld or smartphone-based ones, the ones that are likely to achieve tremendous success are the ones that have features. These can be used while walking or while going about their daily activities are ones that allow full creativity. There are millions of this off-the-the-the-shelf sort of AR device already, which have no limitations. Laptops can have dedicated applications' processing power, but they are easier to use and have better displays.

Incidentally, the iPhone can be seen as a magnificent example of this. The new iPhones now let you add Augmented Reality images/text/sounds/media to the real world. Computers are highly interactive and will have many more uses in the future, including customer service and information management.

Also Read:  Android or iOS? Which One To Choose For Your Next Mobile App Development?

Unfortunately, the internet's perils include a deluge of information from different sources, many diverse delivery formats, and such overabundant details that users are swamped by it. This muddies the waters and sometimes prevents users from pulling out all of the relevant details. searching for basic information would take serious effort on the part of the consumer

By augmenting reality, we can help people get knowledge without forcing themselves to comprehend too much.

With the internet's help, AR technology the computer links to cloud servers via the internet and fetches the information that must be shown on the physical scenario. Real-time updating of cloud servers means it is easier to upgrade the artificial scenes and imagery. It is infinitesimal.

Virtual Reality technology requires less money. Additionally, this app works on any reasonably fitted smartphone. The necessity of having dedicated hardware like a HoloLens or AR lens is not always a requirement Conversely, the new developments in AR make it difficult for people to use it even when using a web browser.

The objective of AR is not to appeal to particular demographics or consumer groups. It is geared for mobile users of all ages. It is in classrooms. The entire population, from preschoolers to the elderly, will benefit from Augmented Reality. Everywhere you go, everywhere you go, that is where you will see others using it, you will see it being used in creative ways.

AR/VR is reaching the point where they can be seen more widely, including improving the scope of use across multiple industries. Be it healthcare, manufacturing, education, marketing, and many others. Due to the pending epidemics in 2020, AR and VR applications have reached several markets, including healthcare. Moreover, as far as demand for Virtual Reality or Augmented Reality growth is concerned, it is expected to see a surge.

Creativity is a prerequisite for any advancement in the modern age, especially when you hire augmented reality app development services.