5 Reasons To Use The iOS Platform For Mobile Application 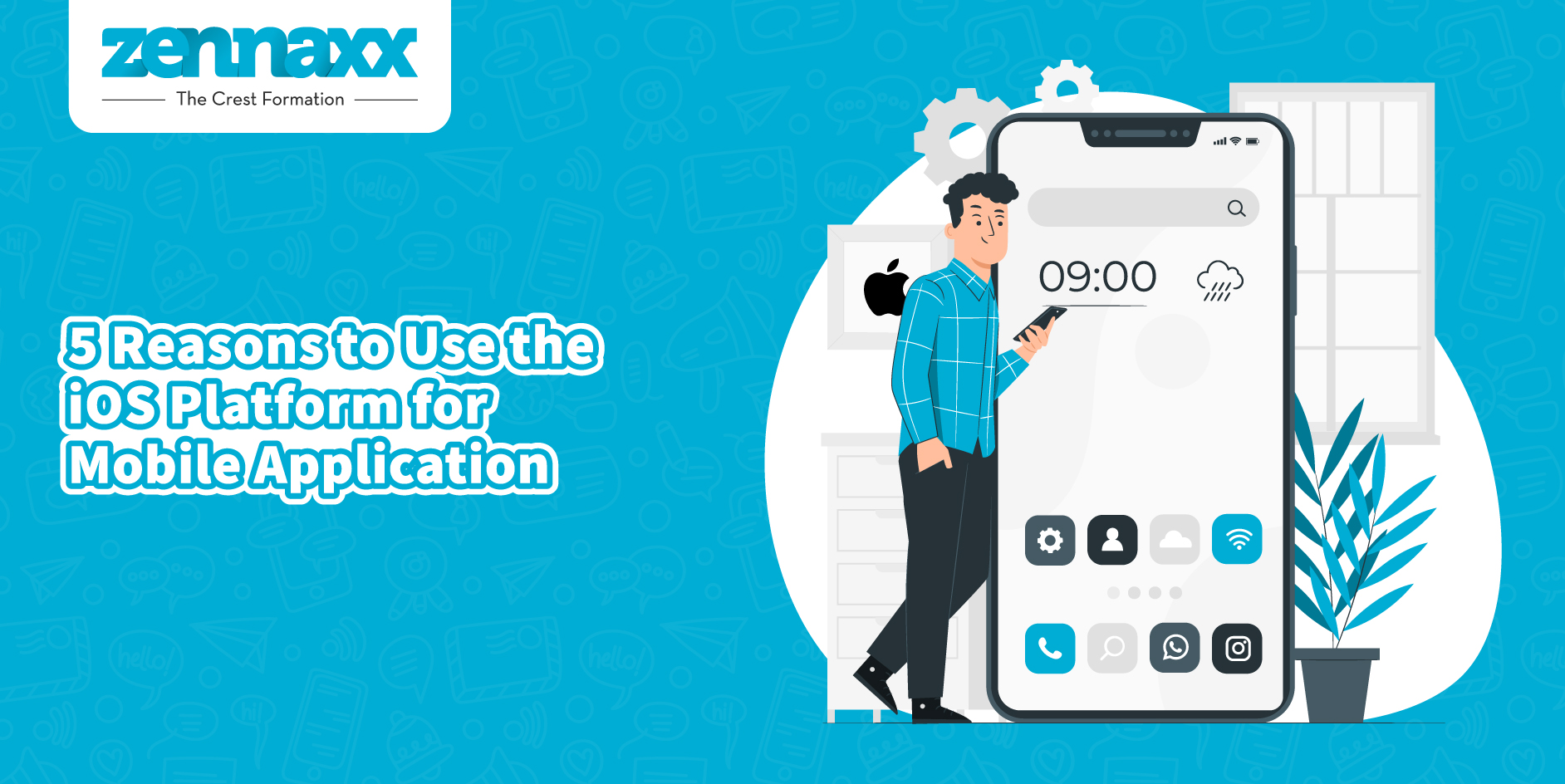 Desktops and laptops are still relevant. The convenience and portability have taken a turn for good. Users have started to switch to mobile phones to conduct their businesses.

Every business run by an entrepreneur is adapting to this change. Most businesses are therefore making every possible attempt to mark their presence in the world of a mobile application.

Also Read:  Android or iOS? Which One To Choose For Your Next Mobile App Development?

The hype among Apple customers is real. Amazingly, various businesses share the emotion with those customers. Here’s why:

Every device of the Apple Family consists of the hardware and software that are completely in control of Apple. The 100% control lets the company ensure uniformity across all the devices.

If a customer owns an iPhone, then the possibility of him or her owning another Apple product is highly likely. If an app performs smoothly on one device, then it is guaranteed to deliver the performance of the same level on other Apple devices.

The experience of a user is a priority for Apple. Every update that is released by the company ensures that the performance is improved as much as possible. A developer, or an owner, of the app only has to make sure that the updates are considered and the mobile app is optimized accordingly.

The consistency in the performance of the app results directly in the increased revenue. There are two ways to look at it.

The first way is related to the model of offering a mobile app to the users for a paid subscription. Users don’t mind paying for a product or a service unless it’s good and satiates their need to download the app.

The second way is about letting the customers access the app for free but offering attractive or premium sections on in-app purchases. Many gaming apps are available for free. Their primary source of earning is an in-app purchase. This includes offering additional lives, weapons, or extra power to the players.

Similarly, various in-app purchases can be made available to the users as you aim to follow guide to hiring mobile app developer. It must be noted that these are only two out of many more sources to earn revenue from a mobile app. Many more monetization methods can be explored while working on the mobile application.

Both the methods are known to generate revenue at a decent level. It can be improved by investing a few dollars in advertisements. iOS is a great platform when it comes to advertising your mobile app.

Hostile agents release viruses and malware disguised as useful tools. The device gets damaged once they are accessed by the user.

The threat of sensitive data being stolen is real. The attacks can make your sensitive information vulnerable to be exposed to hostile agents. The installation of good antivirus software is important to remain safe from a cyber attack. However, the platform must have its security as well.

Relying on one anti-virus software can also be dangerous. The responsibility of safety must be equally managed by the platform.

This ensures that the sensitive data and information are not extracted by hackers. If a mobile app deals with tons of financial transactions then there can be no compromise with the security. The point is crucial for apps that majorly deal with online selling. Other apps, too, must consider this factor as even a small piece of information getting stolen can damage its goodwill in the market.

When the safety perspective of a mobile app is taken care of by iOS, you can devote all your time to getting a higher engagement rate on your mobile app. iOS pursues this factor itself. The platform encourages the developers or the owners of the app to keep their app as engaging as possible.

This is part of enhancing the experience of a user. iOS has a reputation to maintain. Instead of taking it to an extreme level by creating a dictator-like rule, the platform shares it with the developers or the owners of a mobile app.

The higher engagement can be achieved on iOS by offering a large number of useful features. If you have a mobile app that deals with bakery products, then you may want to consider offering a feature that lets a user tap on a product to get details about its ingredients. This is merely an example that can be implemented in a different manner by you.

When a customer purchases one Apple product, then he or she goes on to purchase more Apple products. There are various examples that can be quoted in this regard. You may look around. The chances of you getting a similar customer are much higher.

Apple is known to have the most loyal base of customers. The retention rate of iOS is the highest in the market. A customer who has used iOS is likely to switch to another platform.

As an owner or a developer of a mobile app, you get to share this loyalty with the platform. The goodwill that iOS carries is passed on to the app that is listed on the platform. Customers put their trust in downloading and using a mobile app on iOS. This also gives a mobile app access to a huge customer base.

Also Read:  How To Hire an iOS App Developer For Your Project?

Ultimately, remember that the power to carry the loyalty forward lies entirely on the team that runs the mobile app.

Hop on to iOS and get your mobile app listed on the platform. You may also explore other platforms. It is absolutely alright if you do not possess the technical knowledge of developing a mobile application for iOS. You just need to review the expertise and ensure you hire a dedicated iOS app developer. This would expand your understanding of more ways in which you can make your mobile app better.