12 Tips Of Prototyping For An Intuitive App Development UI 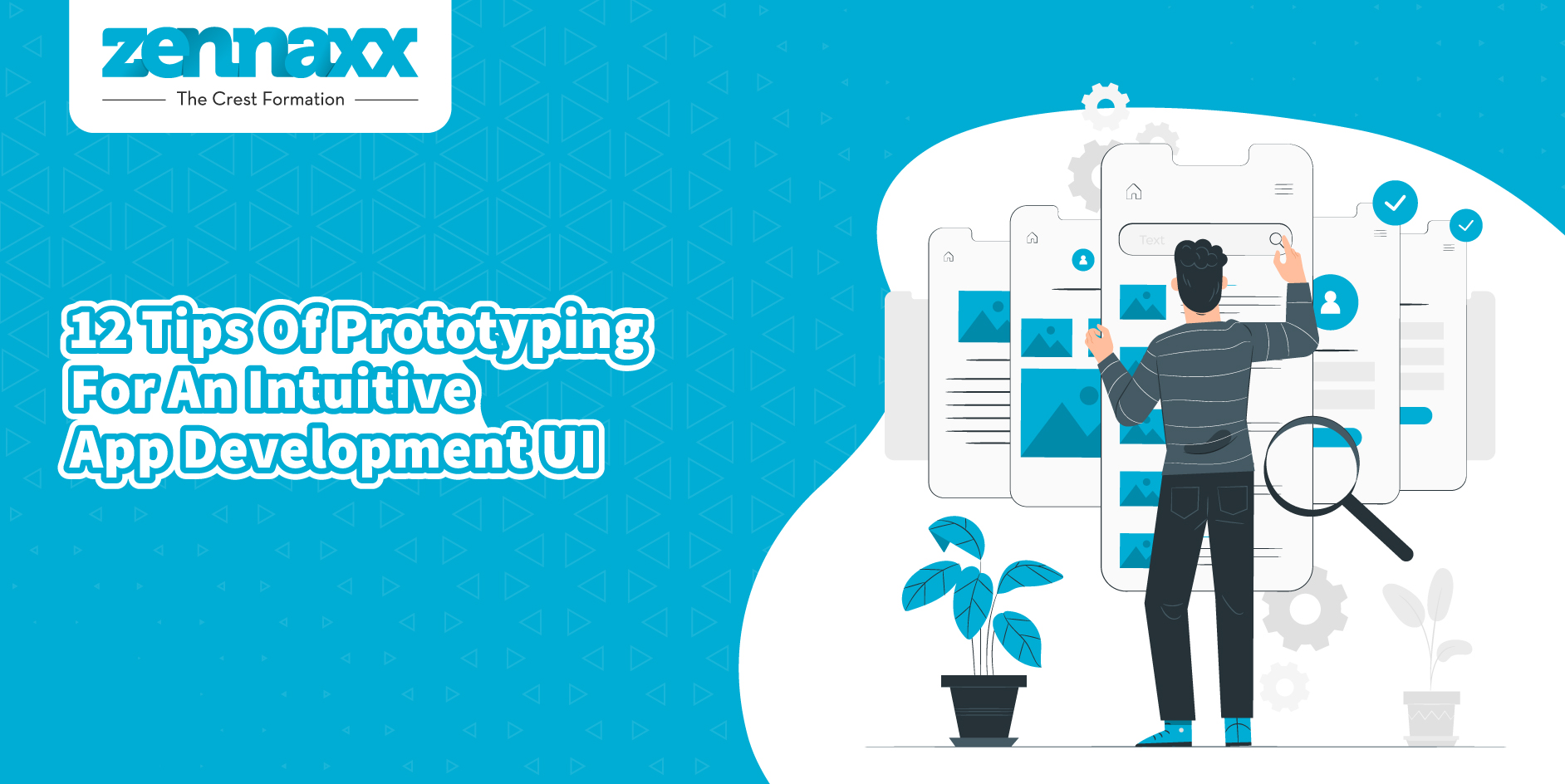 What's next after prototyping an app? Ever thought of your design breathing a new life in the real world? Rapidly evolving prototype designs across the world force you to stay on top of the game and be proactive in spotting inefficiencies at an early stage. How do you go about ensuring the efficiency of a prototype?

Here's our scoop on twelve such tips for making the best use of your prototypes.

Tip #1. Testing Each Component of a Prototype, Individually

Your prototype is the first step towards creating a Minimum Viable Product (MVP). It contains everything - each component of your prototype. Be it design, structure, or a flow. Again, each will have many variables associated with it, making your prototype a rather holistic output. Once you have the prototype on the table, start with rating these variables based on how important they are to the final product and test them individually.

Make sure your prototype has the exact solution you intend to offer. Try blending in this technique at an early stage as an app development UI wherein each revision will add a significant value to an existing prototype. A complete prototype is best used only when it is glitch-free enough to offer a rich UX. A perfect prototyping process tackles such issues at the wireframing stage itself. But, if you have a prototype ready, I'd recommend testing each variable one by one before even thinking of moving ahead.

A new design will have traces of errors, hidden costs, and a particular set of technical limitations. Prototyping involves choosing the technology stack's right set and even experimenting with it to balance out the perils. The key is to keep vital elements of technology intact and weeding out the insignificant ones.

Here's where implementing Maslow's hierarchy theory of needs comes to play. Just as discussed above (Tip #1) you will need to prioritize the area of corrections. Start with catering to the basic needs at a lower level and gradually move up the order. As a UI developer, you can set your hierarchy of requirements like the one mentioned below.

This is just a guideline. You must be starting your technology from the bottom up and look at each technology implementation distinctively. Here you have the chance to take corrective measures for the app development UI before pushing it out to users.

Prototype documentation is responsible for tracking the progress at each stage, right from the idea itself. Most of the UI designers are busy implementing technology and writing codes. Chances are, they might miss out on recording successful and failed attempts due to lack of documentation process. Some functionalities need a suitable replacement at the right time, and documentation helps you with that. It enables you to save time by utilizing the resources efficiently for app development UI as there is no trial and error while looking out for a solution.

Try using Evernote or go with MadCap Pro if you plan to create a user manual and record the progress at each stage of prototyping. It is always a great idea to incorporate such methods while you are still designing.

Even after having the best design for app prototyping, the issues with architecture assembly may surface once you have an end-product. Why not try using the post-prototyping phase as an opportunity to take another stab at structural verification? It can significantly redefine the shape of your product.

Reviewing the prototype architecture by taking the opinions of all the team members regarding every prototype's competence is a great way to start with. Whiteboarding with color stick papers is also not a bad idea. This will undoubtedly lead you to identify weak points in your architecture and render correction scope as a part of cohesive app development UI. You need to ensure making informed choices regarding the workarounds and quick hacks for hassle-free project completion.

Everything from design, structure and functionality requires scrutiny after prototyping. You can always have minor tweaks to screen color, pop-up type, onboarding experience, etc. "I want a pink background" is not very specific since the developer will need the exact color code. And then see how the user performs such activities while using them to ensure stickiness.

The result of a functional prototype gives clarity to app developers and leaves no room for questions. Like, they know what sort of a pink color you want. They do know how you want your menu to open - drop-down or sideswipe?. After prototyping, the app development process helps charting a certain flow that keeps developers aware of what exactly the user might experience.

Also Read: What Are The Top App Ideas For Startups In 2021

The Business Developers and Associates are responsible for taking critical client-side decisions and dealing with their problems. A prototype serves as a tangible output putting a smile on the faces of stakeholders and key decision-makers. In the real world, they start seeing prototypes as something close to an end-product, a viable solution for direct users and this thrills the Business Associates.

Again, compared to a total product development cost, prototyping takes up only a fraction of the estimated overall budget. The high-fidelity prototypes consider all the elements that go into creating a viable solution for the end-user within the app development UI. And a business developer will look into it from a client's perspective, aiming to fit almost everything into a single product. They try offering every possible solution for business that adds value.

On the other end, you will have stakeholders quickly identify the nature of a prototype. This means it could either be a throwaway one or an evolutionary prototype. Better if you'd mention this at the beginning itself so they can set their expectations right.

Tip# 7. Using it as Just Another Experiment

As discussed in Tip#1, plenty of variables go into creating a single prototype. Now, thinking of each element as an experiment is the most viable approach. This leads to discovering minor issues and possible fixes for editing and modifying each variable. Try resolving it rationally, and you will have a better version than the previous one. Because such a perspective will help you see connections in your prototype while unfolding various ways to fix issues instantly.

But don't get too carried away by petty stuff, or else you will find yourself burning resources and shooting up the turnaround time. This means taking one step at a time and validating your experiment at each stage for the app development UI to avoid drawing early conclusions.

Prototyping is not a one-person army job. In fact, it's all about onboarding the right minds and giving them the required resources to yield results. A prototype team will have everyone from designers to coders having their own set of knowledge and expertise to share. Chances are, the difference of opinion may eventually show up, making space for new ideas to bounce around. Such exercise helps you know more about the product to fill up possible loopholes that might exist.

Try acknowledging this knowledge gap and rope in the sales team with a set of questions to address the end-user concerns within the scope of app development UI. Go beyond the inconsequential gaps to try bridging the exact requirements that match your original prototype plan.

Have the business associate team get you to monitor a skype call discretely and learn problems that a client faces (in case you are beta testing). It helps to assimilate enough information to offer an ideal solution. Here, you will be choosing whether or not to go with the offering you have. Perhaps, implementing changes based on the suggestions may do the trick. Using the prototype as a 'work in progress model is the best bet to access all available channels for collecting appropriate information across all the verticals.

Also Read: How to Hire Dedicated Developers for Project?

You cannot have a prototype moving ahead towards MVP without 360-degree feedback from multiple sources. You will have feedback coming from three primary sources.

-    Designers and Developers giving feedback on blending the usability with code and scope of work. This may well redefine your Minimum Viable Product as you move along.

-    Customers give feedback based on whether or not your prototype can solve their problems. If so, how can it get better?

Work on feedback from these three groups to create an equilibrium across majorly affected verticals. Such feedback can get your coders scratching their heads and designers brainstorming for better ideas. This is because such feedback is bound to float across the entire prototype, affecting almost everything from UI to functionality.

Tip# 10. Pitching it to Investors

Looking to raise funds? If so, then creating a prototype is your go-to option. You will spare those investors from sitting through a boring presentation. This is your chance to outdo your potential competitors running the same business who is also on the lookout for funds. Prototyping is homework to ensure that you don't end up wasting 30 precious minutes of your prospective investors and instead have a stellar way to compensate for their availability. 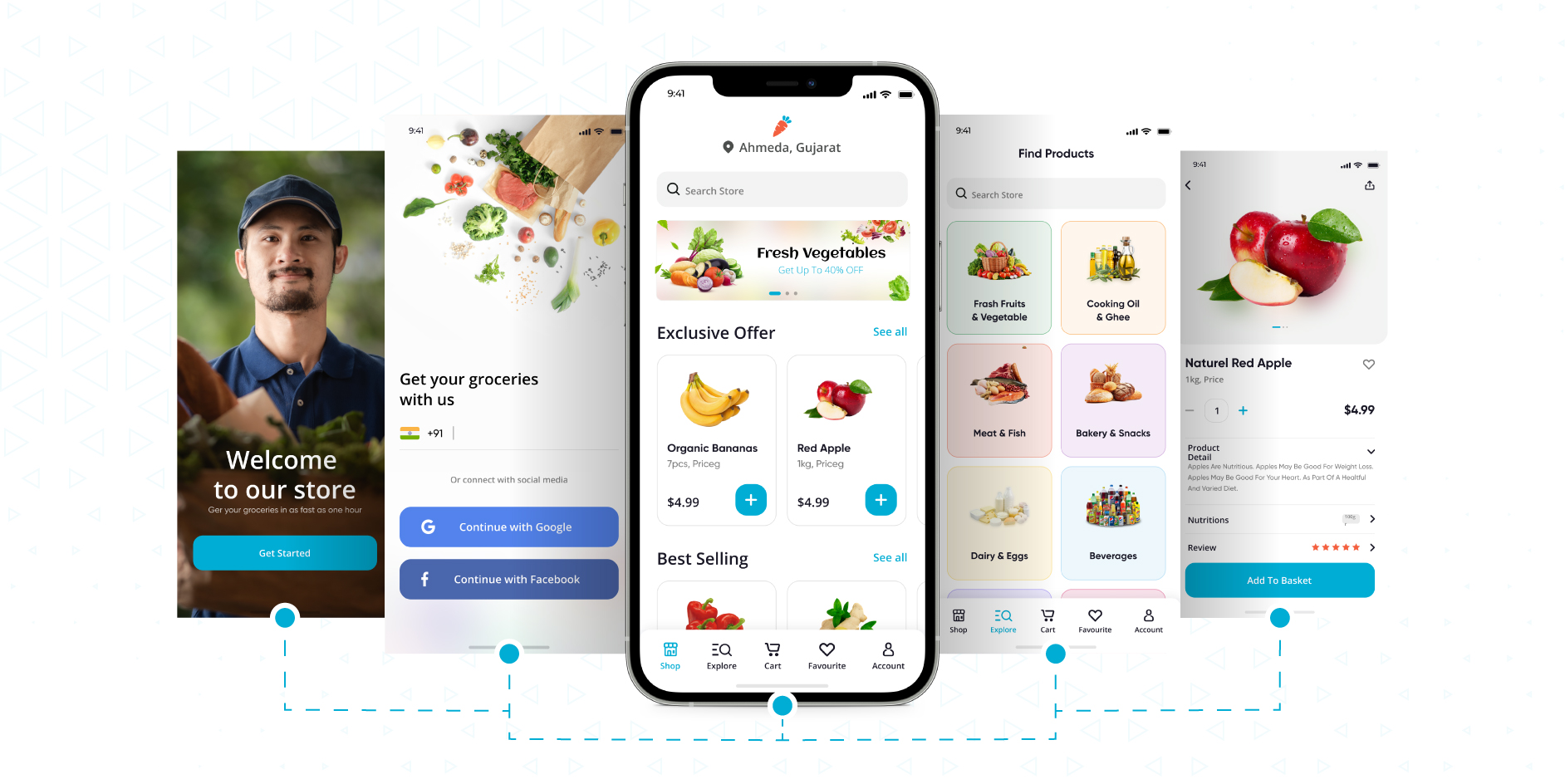 Instead, utilize this time to dwell on the commercials as prototypes help explaining the product details in a jiffy. Pitching a prototype than a PPT is a highly proactive way of giving those investors a sticking point compared to the rest of the other pitches they'd have to sit through on any given day. Embarking on a journey towards app development via prototyping as a way of creating a robust app development UI is a tell-a-tell sign that a lot of your head has gone into saying, "We will be launching this app in the second quarter of next year".

Tip# 11. Sprinting towards an Extensive App from MVP

It's a gradual journey of keeping the existing prototype's essentials and building the MVP and then venturing out to create an extensive app. A scalable prototype has a broader scope of work to consider further upgrades. Be it hardware or a software upgrade, carefully integrating these improvements along the way is bound to result in an extensive product with full features.

Here's a tip; try releasing updates that are backwards-compatible to the very first version. You are offering a good selling point to your sales team because your early users too can enjoy the latest features. This is your chance to create strong relationships with end-users from the launch itself and earn a customer-centric reputation.

Perhaps, this is the best way to use your prototype. Getting your product finally out in the hands of the actual users. Bring in as many end-users as possible for measuring where you stand compared to what you planned out. You may again use tip #9 here and start gathering feedback to iterate your prototype till you find a scalable customer acquisition process.

Going out in the market implies that your product is market-ready with a scope of little to no changes before moving to the next stage (at least for the time being). Now, put enough money you borrowed (using tip #10) for employing marketers to get the ball rolling and expand your market reach to new niches.

It all boils down to your priorities! The power of prototyping is so much that it can save a company's future. For making the best out of your available prototype, again, keep it basic, and don't try too hard to get immediate results. Remember, if anything fails, use Tip #7.

Also Read: How VR and AR helps us during the Pandemic